Share a memory
Obituary & Services
Tribute Wall
Read more about the life story of Donna and share your memory.

Born September 26, 1931, in Upland, CA, she was the daughter of Robert and Reina (Munson) Sheets. In 1949, Donna graduated from North Phoenix High School, Phoenix, AZ. She attended Iowa State University in Ames, IA where she met Carl Siefken and on September 8, 1951, she married Carl in Phoenix, AZ. He died on February 19, 2017.

Donna lived in Zuibrucken, Germany for part of 1952 and 1953 while Carl was stationed there during the Korean Conflict. When the couple returned stateside, Donna worked as a Clerk Typist for the Engineering Office at Fort Sheridan, IL, while Carl finished out his tour of duty. The couple settled in Ft. Madison, IA for 9 years before moving to Burlington for the remainder of their marriage. After Carl’s death, Donna moved to Clear Lake, IA to live with her daughter Caroline and her family for 5½ years.

Donna worked 16½ years for the Burlington School District, starting at Central Ave School and then North Hill School as a clerk/teacher's aide, doing office work, and helping with the breakfast and lunch programs. She enjoyed being an Avon Lady for countless years, often a member of the Avon President’s Club.

She was a member, Deacon, and Elder of First Presbyterian Church, Burlington, IA. Donna was also part of the Emmaus Walk Prayer Group, Bible Study, Mariners Club and the Iowa Retired School Personnel Association. She enjoyed playing games with family and friends, water aerobics, reading, being a Master Gardener, and traveling all 50 states and several countries.

Besides her husband of 65 years, she was preceded in death by her parents, her brother, Dale Sheets and nieces Janet and Debbie.

The funeral service for Mrs. Donna Siefken will be at 2:00 PM on Saturday, November 19, 2022 at First Presbyterian Church, 321 N. 5th St, Burlington, IA. Burial will be in Aspen Grove Cemetery immediately following the service.

A memorial has been established for First Presbyterian Church. 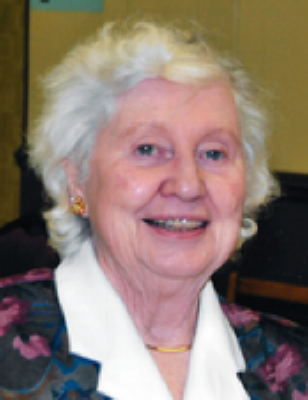