Share a memory
Obituary & Services
Tribute Wall
Read more about the life story of Jim and share your memory.

Born April 10, 1943, in Burlington, Iowa, he was the son of Arthur and Nelly Janzen Nelson. On January 1, 1967, he married Marsha Larkins in Burlington.

He graduated from Burlington High School then attended Iowa State for two years.

Jim's father Arthur, built and started operating the Dairy Queen stores in Burlington in 1947. In 1968, the stores were bought by Jim and Ron and it has been family owned and operated ever since. Jim loved his work and would drive by everyday to check on the stores.

When Jim was younger, he enjoyed going hunting and water skiing. He loved going to the casino and play craps, bowling, golfing, ice fishing, and playing cards and other games. Jim watched the news and weather everyday so he would know what to expect at the stores. He loved to travel, especially to Florida with his wife. Jim attended all activities for his grandchildren and loved to take them on trips.

He was preceded in death by his parents and two brothers, Robert and Ronald and one niece, Connie.

The funeral service for Mr. Nelson will be 10:00 AM Thursday, December 8, 2022, at Prugh Funeral Service, 3940 Division St.. Full military honors will be rendered by the Burlington Area Veterans Honor Guard.  Burial will be in Aspen Grove Cemetery.  A time of food and fellowship will be held in the community room at Prugh Funeral Service following the burial.

A memorial has been established for St. Jude's Children's Hospital. 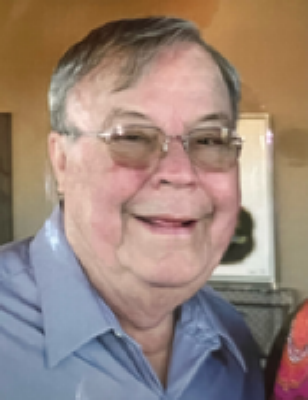