Remembering a Loved One

The statistic is chilling. More than 2,000 teens are killed every year in alcohol-related crashes. Grieving parents, siblings, teachers, and friends are left wondering if they could have done anything that would have kept those kids alive.

Our funeral home is happy to sponsor a new program designed to encourage students to make positive, life-saving choices about alcohol use and driving.

Called Positive Choices, this program combines information, technology and incentives to encourage students to say no to alcohol, especially when they will be driving or getting into a car driven by a friend.

The program is simple. Students and parents can visit www.positive-choices.org and sign the Positive Promise.

Every student who signs the online Positive Promise is eligible to receive one of five $2,000 college scholarships to be awarded in May 2003. By signing the Parent’s Promise, you double your child’s chances to win—and you are given a valuable opportunity to talk with him or her about the dangers of alcohol and drunk driving.

The site also features a quiz and interactive simulation of “driving” under the influence of alcohol. (This website contains no advertising and is focused solely on encouraging students not to drink and drive.) 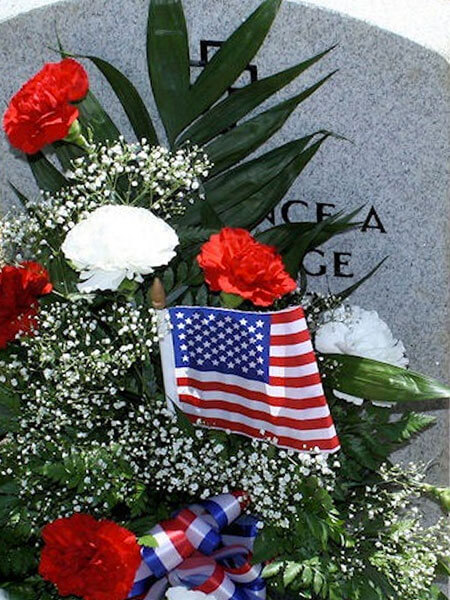 Give Thanks on Veterans Day

When we think of November holidays, chances are Thanksgiving springs to mind first. But the first November holiday we celebrate in America is Veterans Day on November 11, which is our day to give thanks to the men and women who have served in the military. This Veterans Day, take a moment to reflect on the sacrifices veterans have made and thank a veteran in your community.

A History – Celebration and Tribute

Veteran’s Day, originally called Armistice Day, began November 11, 1919. President Woodrow Wilson commemorated the first anniversary of the end of World War I (which ended at 11 a.m. on November 11, 1918). He paid tribute to Allied soldiers who lost their lives in "the war to end all wars." November 11 became a holiday, under different names, in the U.S., France, the United Kingdom and Canada.

In 1954, the holiday became known as Veterans Day in America to honor American veterans, living and dead, who served honorably in the military during war or peace. According to the Veterans Administration, there are 25 million living veterans. Veterans Day reminds us to thank them for their service while they are living, and to celebrate the freedoms they have protected.

In addition to expressing our appreciation to living veterans, Americans pay tribute to those who lost their lives fighting for our freedoms. The official national ceremony for Veterans Day is held each Nov. 11 at 11 a.m. at the Tomb of the Unknowns in Arlington National Cemetery. Color guards from all U.S. military services "Present Arms" at the tomb, a presidential wreath is laid and a bugler plays "Taps."

What You Can Do

Korean and Vietnam War veteran Robert W. Skelton, Chief Warrant Officer, U.S. Army (Retired) of Lynn Haven, FL says, "I was honored to serve my country with distinction as did my father, brothers and uncles before me. The sense of pride in all veterans is tantamount to the preservation of our freedoms and way of life. Thank a veteran every day, not just on Veterans Day." Here are some ways you can say "thanks."

Learn More
Here are some websites where you can learn more or look for other ideas on honoring veterans in your community:

A year of daily grief support

Our support in your time of need does not end after the funeral services.  Enter your email below to receive a grief support message from us each day for a year.  You can unsubscribe at any time.